Hatred for the Jewes unites them

The corrupted Fatah leaders cancelled the elections for one more time 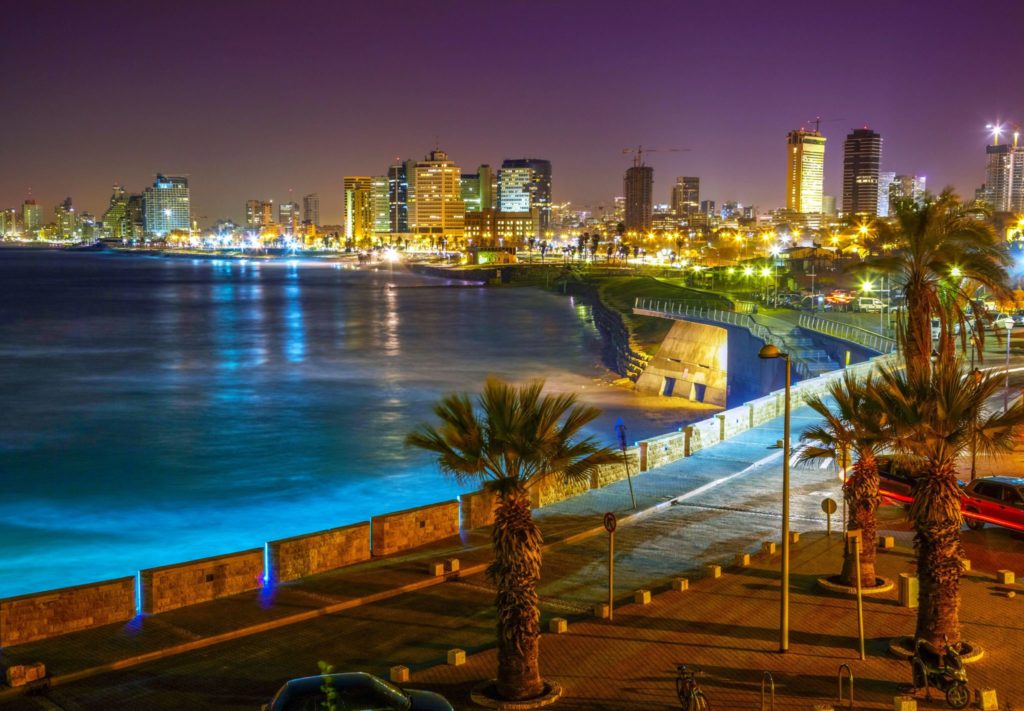 It is painful to breathe in Israel.

“He is a Jew! He’s a Jew!”, Shouted the Arab mob running after the 27-year-old Eli Rozen while he was walking his dog. The Arab riffraff brutally attacked him and hit him with stones, globes and even hurls at him a shopping cart, sending him to the hospital with fractured vertebrae, ankle sprain and a swelling in the head. It is a miracle that he has survived.

Pure hatred and the smell of blood had been floating in the air since the beginning of Ramadan in Israel. This was especially true around the Damascus Gate in Jerusalem, where hundreds, mostly young Arabs, gathered every night to attack and clash with Israeli police.

On many occasions, they violently attacked Jews in the area such as Eli Rozen.
Another lucky man to be alive is the 46-year-old Yahya Jardi from Beit Shemesh. He was attacked while he was in his car. When he tried to escape on foot, he was caught and beaten, while being kicked repeatedly as he was helpless on the ground. His car was later set on fire.

In another horrific incident, the Arabs attacked an elderly father and his son as they were driving to the city of Jaffa, when they tried to overtake a truck driven by the Arab attackers. The assailants hit the father badly, threw him to the ground and tried to hit him with a screwdriver. They threatened to kill the father if the the son did not move his car and let them go. The father suffered injuries in the face, body and an arm fracture.

Eliyahu Mali, head of Shirat Moshe yeshiva, was attacked in Jaffa by two Arabs while visiting an apartment with a colleague. The video of the incident shows that Mali, who is in his 60s, was kicked by two young Arabs in their thirties, who continued to kick him even when he fell helplessly on the ground.

An Israeli 21-year-old Arab man was arrested by Israeli police on suspicion of slapping a Jewish teenager in the Jerusalem metro. The Arab was walking and hit the Jewish teenager in the face and then shared the video on TikTok.
Another Jew was pulled off his bicycle and kicked by a group of Arab boys near the Jaffa gate.
Another incident of pure hatred took place at the Damascus Gate when an Arab ran towards a walking Jew and threw hot coffee directly in his face.
Terrorists tried to burn down a house in Binyamin’s Givat Oz Ve’Tzion community, injuring four boys when Molotov cocktails were thrown at their home. Fortunately, they managed to escape through the window. Two were injured by smoke from the flames and another young man suffered minor injuries to his legs. It is a miracle that they were not burned alive.
Arabs from the nearby- Palestinian Authority controlled -village of Burka later returned and tried to set fire to more houses.
In two separate incidents, two Arab terrorists attempted to stab Israeli soldiers at the Gush Etzion junction. Arabs then opened fire on a bus stop in Samaria, where three young children were shot by terrorists, including 19-year-old Yehuda Guetta, who was seriously injured and succumbed to his injuries two days later. Security forces arrested the terrorist who killed him.

Another Jewish family mourning due to Muslim terrorism had to bury their loved one, so many funerals in Israel from horrific terrorist attacks and the WORLD REMAINS SILENT or shows completely fictitious videos and reports .
In the midst of all this, terrorists from Gaza dropped more than forty rockets on Israel in less than forty-eight hours, sending thousands of Israeli children and adults to flee and spend the night in bomb shelters. Fortunately, no one was killed thanks to the Iron Dome system. However, the trauma that these people suffer from the rocket barrages that come every year is unacceptable. Here too, however, the world remains silent and indifferent. You see, these people who are running to save their lives are just Jews. And when they retaliate, again they are simply… cold-hearted militarists.

During these -approximately- two weeks at the Tapuach intersection, there were also many incidents caused by Arabs throwing stones at passing cars and buses. Of course, Hamas and other terrorist organizations praise these attacks and call for more uprisings and violence. In addition to Hamas’ motives, Israel’s so-called peace partner, Abu Mazen (the despicable Mahmoud Abbas), makes it clear: “We salute our people in Jerusalem for their determination against Israeli plans to take control of the holy city. While his party Fatah stated: “There is an uprising and an intifada in Jerusalem.

“Fatah supports the violent attacks on the Jews, which is a message that is repeatedly broadcasted on “Palestinian” television. Is it pure hatred and the reason why we have all these horrible attacks? They want all Jews out of “Palestine”.
Corrupt leaders in Fatah have once again canceled elections for the Palestinian Authority, which were due later this month. There has never been, nor will there ever be, unity between them. They agree only on one thing, the death of Israel and the Jewish people, as we have seen the Arabs shouting loudly at the Damascus Gate and also calling for support for Hamas.

The Palestinian Authority has not held elections since 2006. Abu Mazen, who is eighty-five years old, is in the sixteenth year of an alleged four-year term as head of the P.A. He canceled the election because he believed Fatah could lose to Hamas and because of divisions within his party.
Of course, he never wanted an election, he just pretended and lied that he wanted an election, to please donors who are throwing billions of dollars into his corrupted hands. If he really wanted elections and do the right thing for his people, it would have happened years ago, but everyone knew it would not happen this time either, so he does what he knows best, blames Israel, what else is new?

The truth is that this power struggle for leadership of the P.A. is going on, most of the people running in the elections are terrorists and they want the whole of Israel to be turned into Palestine.
But there was more horrific and catastrophic news that broke the heart of this nation. In addition to all the horrific attacks on the Jewish people, Israel has had one more national day of mourning.
Jews around the world are trying to understand the horrific reality of the worst political tragedy in Israeli history. Forty-five people were crushed to death and more than 150 were injured, including many in critical condition, at a mass gathering to celebrate Lag B’Omer’s holiday on Mount Meron.

The deaths were caused by severe overcrowding in an area that was not as comfortable, safe or permissible as it should have been, as people attended the annual gathering in northern Galilee, which includes visits to the tomb of the great second-century rabbi Shimon bar Yochai and huge bonfires on the mountain side.
Thousands of people passed through a slippery walkway, which was sloping and many of them “slipped”, falling below those who were coming after them, causing a crushing domino effect.

So many precious children lost their father, two pairs of parents had to bury two of their children each. I cannot even understand it. It is a national tragedy and Israel has come together as a nation. The flags were flown at half-mast and Israeli television broadcast news without interruption. Leaders from around the world have sent condolences to Israel.
This is how, the last 2 weeks in Israel have been deeply painful. Despair beyond words, from the national catastrophe on Mount Meron, to anger and disbelief, at the horrific attacks perpetrated by Arabs against the Jewish people.

The battle is for Jerusalem, the capital of Israel that was brutally attacked and divided by Jordan in 1947. The Old City and East Jerusalem were occupied by Jordan.
The Jews were forced to leave. According to the Jordanian administration, half of the fifty-eight synagogues in the Old City were destroyed and the Jewish cemetery on the Mount of Olives was looted for its tombstones, which were used as paving stones and building materials. And yet, the Jewish people defeated the occupying forces of Jordan and Jerusalem was reunited. East Jerusalem was NEVER part of an Arab state called Palestine. Such a situation HAD NEVER EXISTED.

The wonderful Day of Jerusalem in Israel is today and tomorrow (May 9-10, 2021) and will be celebrated with Yerushalayim- City of Gold, being united. There is a reservation, because the Arabs are somewhere in the middle of Ramadan and with the riots they have caused, who knows what might happen next. But the Israeli guards are in a hurry! Thanks to the Israeli and Border Police and the IDF!

The Jewish people are in their Home now and will remain forever in the Nation that they resurrected with so much effort, after centuries of exile, torture, slavery. And they have to counter the many efforts they have made to eliminate them, either through history, or with Iran and its representatives who have this goal today and “work” 24 hours a day to make it happen.
No scheming of history can change or tarnish Jewish history, because the Jewish people have paid a very heavy price and still pay it when they are attacked and killed just because they are Jewish.
HAPPY DAY OF JERUSALEM !!!YOM YERUSHALAYIM!
The City of Gold, where kings and prophets walked, where God put His name. The holy city of God. The indivisible capital of Israel, now and forever. Thus saith the LORD, I am returned unto Zion, and I will dwell in the midst of Jerusalem, and Jerusalem shall be called the city of the faithful, and the mountain of the LORD of hosts, the holy mountain. Zechariah 8: 3
*** Be well, those of you who stand up in defense and raise your voice together with the Jewish Nation. 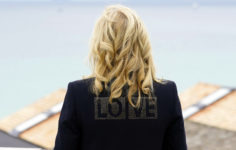 Like a lily among thorns, So is my darling among the maidens 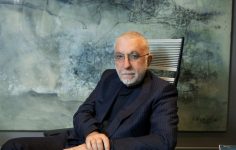 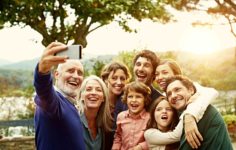 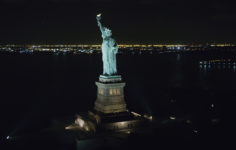 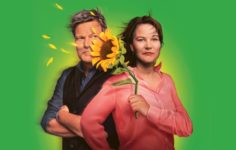 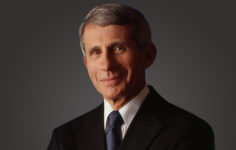 How can a vaccine be effective when we do not know the origins of it let alone the identity of COVID 19?
MORE READ THIS 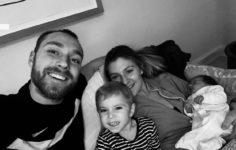 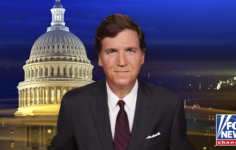 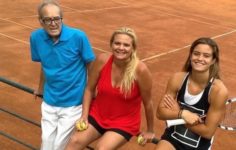 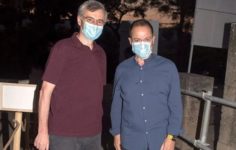 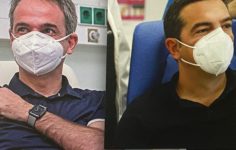 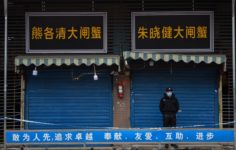 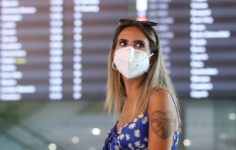 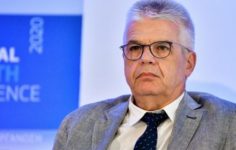 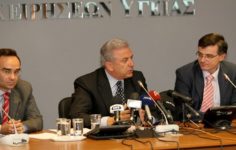 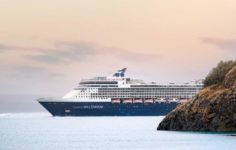 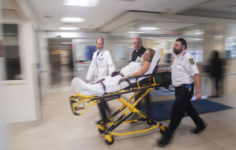 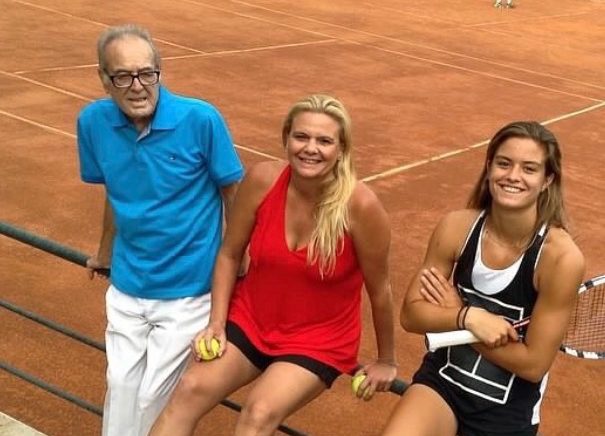