Constructed in 1965, Shalom Meir Tower was Israel’s first skyscraper, and its tallest building for over 3 decades

Constructed in 1965, Shalom Meir Tower was Israel’s first skyscraper, and its tallest building for over 3 decades. Nowadays, its ground floor includes a visitor center devoted to the early history of Tel-Aviv.

In 1909 about sixty Jewish families purchased a sandy plot of land northeast of Jaffa and established there a new colony – Tel-Aviv. Its main streets were Rothschild Boulevard and Herzl Street, whose northern end was marked by the colony’s school (Gimnasia Herzliyah).

The school building was known for its special eclectic design, but after half a century, the building was worn out. Since the property was now very valuable, the municipality agreed to demolish the school and replace it with a new and modern tall building, the first skyscraper in Tel-Aviv.

Completed in 1965, the Shalom Meir Tower indeed changed the skyline of Tel-Aviv.

Being 120 meters high, it was not only the tallest building in Tel-Aviv, but in the whole Middle East. Since then, quite a few more high-rise buildings were added to Tel-Aviv skyline, and Migdal Shalom, as the locals call it, lost its fame. Today, Shalom Meir Tower’s ground floor hosts several exhibitions, all devoted to Tel-Aviv’s early history. 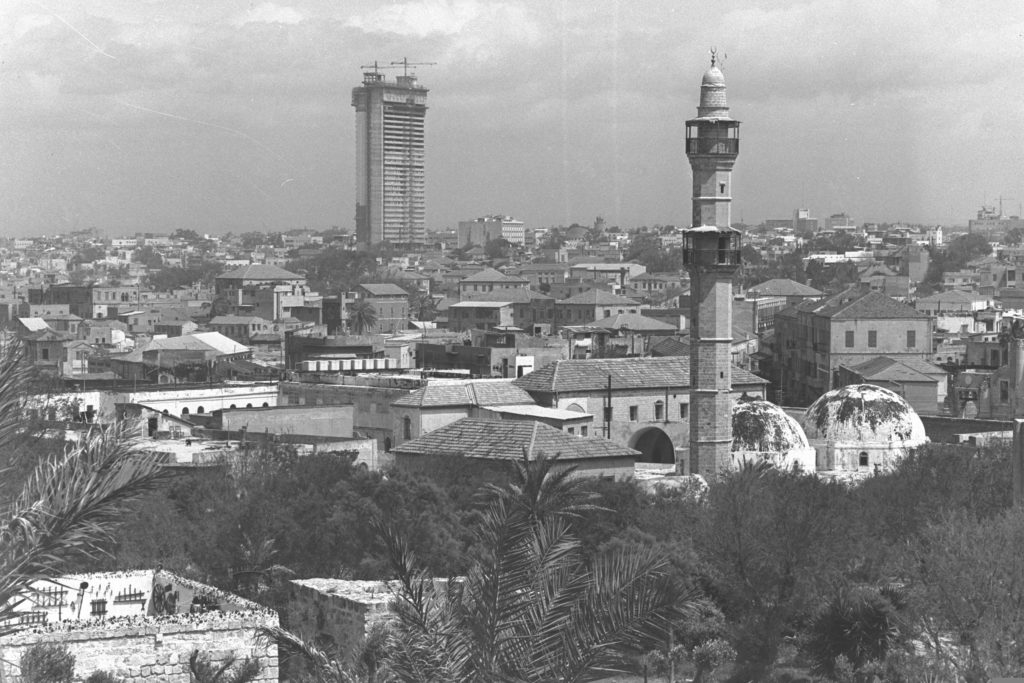 The tower was built on the site of the Herzliya Hebrew High School, better known as Herzliya Gymnasium. The school’s architecturally and historically significant structure was razed and the school relocated in order to build the tower in 1962.

Construction was carried out by the Meir Brothers, Moshe, Mordechai and Menachem Meir, who named it after their father, Reb Shalom-Shachna Meir, born in Sanok in Galicia.

Shalom-Shachna Meir married the daughter of a rich manufacturer from the Romanian region of Moldova, where he lived until 1920, becoming a successful businessman as well as a leader of the local Zionists.

In 1920 he emigrated to Palestine where he became an important public figure in the early years of Tel Aviv, a member of the town’s first city council, and one of the founders of Ramat Gan. 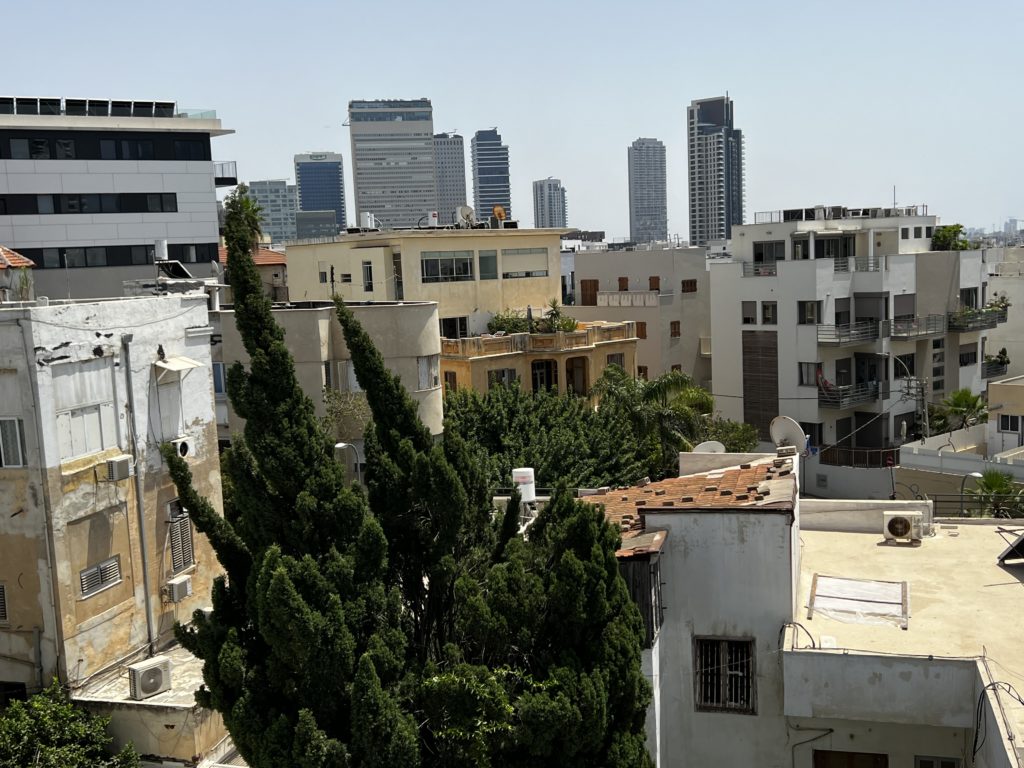 The building has a cream hue tile facade which was created especially for the tower and was manufactured in Italy. A subway station was built under the tower block, but rails were never laid and the station remains empty and disconnected from any rail system.

The ground-floor retail promenade features a mosaic mural by the Israeli artist Nachum Gutman facing another one by David Sharir.

The Shalom Tower now houses the Tel Aviv Center comprising a number of permanent and temporary exhibitions dedicated to the beginnings and development of Tel Aviv. 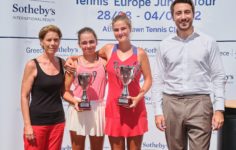 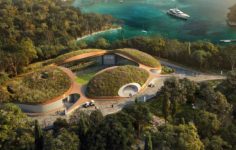 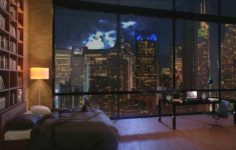 Not just the luxury of living 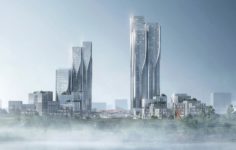